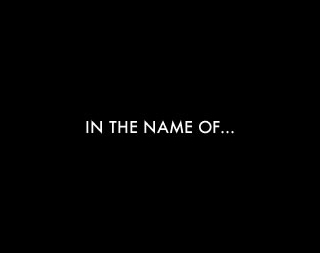 In The Name Of... is a groundbreaking multiplatform, interactive political talk show.

In a world where the boundaries of freedom of expression and democracy are pushed to unprecedented limits; where the powers of populations along with the powers of social media bring on previously unimagined change, for the first time on TV, the people, and only the people, will decide the questions to be asked to world leaders.

In The Name Of... THE UNBROKEN REFLECTION OF PEOPLE’S STATE OF MIND.